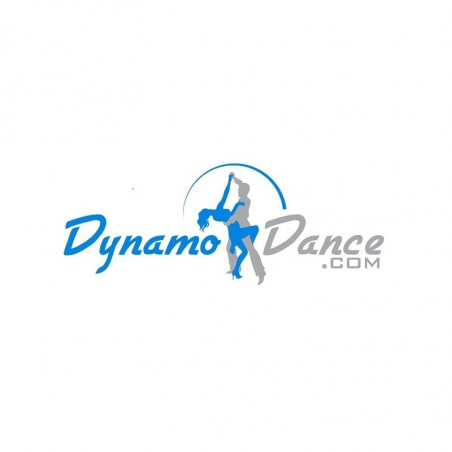 The cha-cha is a lively, flirtatious couple dance full of passion and energy. This incredibly rhythmic dance created in Latin America managed to meld together both the slow and very energetic movements, making it an instant hit among the dancers around the world.
The name comes from the shuffling sound of the dancers’ feet when they dance two consecutive quick steps that characterise the dance.
Since the Cha Cha is derived from the Rumba and Mambo, Cuban Motion is an important aspect of this popular dance. Everybody can learn the Cha Cha.

We recommend that all newcomers take the time to learn the Cha-Cha, as this dance is popular at social dances and is becoming increasingly popular for wedding dances.

The cha cha cha is one of the easiest Latin dances to learn. This dance originated in Cuba and is similar to the mambo. Its name comes from the sound the dancers' shoes make when they dance to this style of music.
Although traditionally danced to upbeat Latin or Cuban music, it is now common to dance the Cha Cha to many of today's music styles, including Top 40, pop and R&B.

Cha Cha adds excitement to your dance with syncopated steps and funky leads. When you can dance many interesting combinations with ease, you and your partner will be able to feel the pulse of the Latin rhythms that make this dance so fascinating.

Cha-Cha Characteristics
The cha-cha is a vibrant, flamboyant and playful dance. The light and bubbly feel of the cha-cha gives it a unique sense of fun.
The cha-cha requires small steps and lots of hip motion (Cuban motion), as it is danced in 4/4 time. The fourth beat is split into two, giving it the characteristic rhythm of 2, 3, 4 and 1. Therefore, five steps are danced to four beats. You may have heard it counted like, "One, two, cha-cha-cha."

Cha-Cha Action
To dance the cha-cha like a professional, dancers must master Cuban motion, a common hip movement in Latin-style dancing. Cuban motion is a distinct way in which the hips move up and down. The hip movements mainly come from alternately bending and straightening the knees; as one knee bends (or straightens), the same hip drops (or raises).
The basic components of the cha-cha are triple steps and rock steps. Quick, small steps must be maintained throughout the dance. The movement of the hips results from the constant bending and straightening of the knees. Dancers must synchronize each movement as they dance parallel to one another.

Cha Cha Rhythm and Music
Because of the carefree nature of the cha-cha, its music should produce a happy, party-like atmosphere, with a tempo of 110 to 130 beats per minute. The cha-cha is often danced to authentic Cuban music but can be performed to all music genres, including country, funk, and hip-hop.